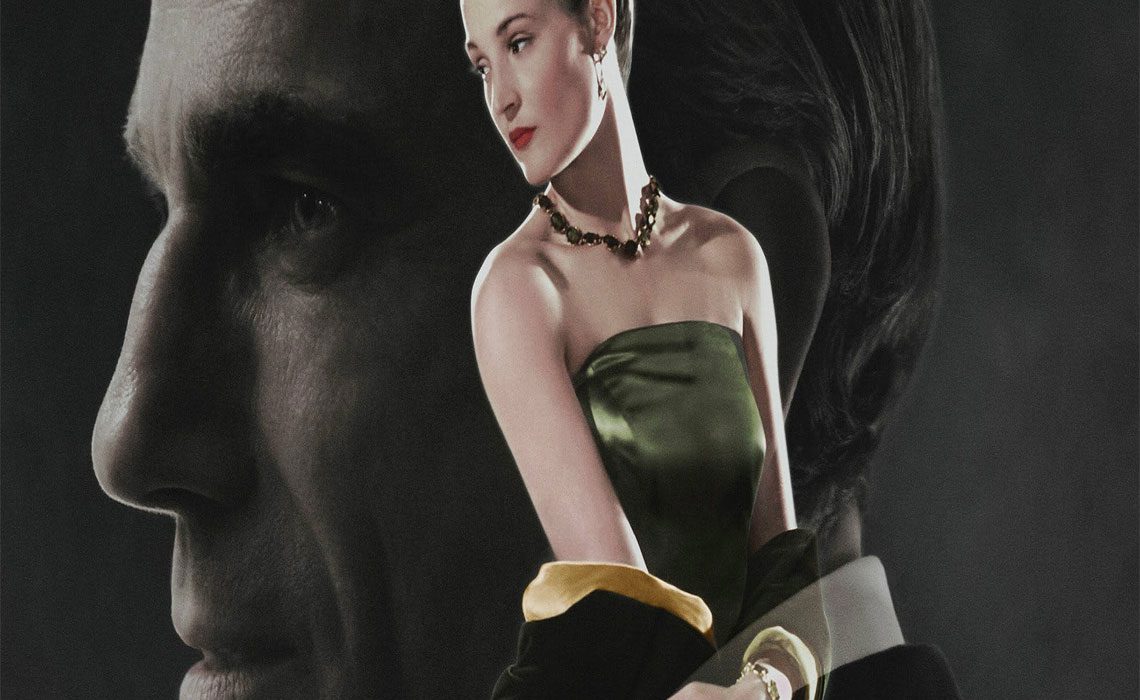 Isn’t there an intrigue to peak into lives of the people who are possessed by their work? From the genesis to maturity, we want to know how they came about their gift. Were they born into it or circumstances made them? Many questions compel us when we see such a person. When they are around we are awestruck by their presence. We line up for their autographs (nowadays selfie), we dream to meet them, ask, when this spark came to them which not only light up their sky but us, mere mortals too.

Hoping that one day we will also be adored like them or even better, by them.

On one such serendipity, where the muse meets the master, starts off the journey into the exquisite world weaved by Phantom Thread (Nominated for 6 Oscars, including Best Picture & Best Director). Before that encounter though, we meet Reynold Woodcock (Daniel Day-Lewis), an aged man, a fashion designer, a couturier, who drapes the queens and highness’s of the world. A meticulous man, a man on a mission who’s every movement is for the search of his art’s perfection and who has a crude abhorrence for the word “chic”. Every spec in his house, in his routine is designed to help him, enrich him in achieving the unachievable and when he meets a waitress, Alma Elson (Vicky Krieps) in an English diner, it’s an instant connection.

Why? She submits to him, heart and soul. She can stand for long hours as a deity and take all the devotion which he pours in her, in his work.

On their first date, she asks him, why he has not taken the sacred vows of marriage and he smilingly replies “I make clothes”, shrugs and shuts her off when she tries to invest more. Maybe he has avoided this question many times before, even from more beautiful women, maybe he avoids these questions because it makes him feel like a mortal, a lesser being. He has designed a way of life which supports and feeds his illusion of immortality. The flawlessness achieved through art and how ironical the opposite is always true (look at this write-up). The conversations around him are polite; silence is preferred on breakfast table. Tea served when working is considered impolite. On the other hand, Alma is ferocious in her subtle ways. She is a walking contradiction to his life and routine. As the story unfolds from her point of view, we understand the obsession she carries for him. She is passionate about his passions. We do question her motive in the latter half of the film when she wants to make him “tender” but as we come full circle along with their relationship, we understand how one obsession balances the other. His sister Cyril Woodcock (Lesley Manville), who also lives along with them, is another iron clad woman. The gatekeeper to this fashion world of faux pas.

The interactions between all three are gold. The Master, the Muse and the Warden. It does sound all serious but I was really surprised how funnily some scenes play out.

In my view though, he doesn’t like their presence in his life as both have the power to control him. Alma controls by slowing him down and Cyril controls by pushing him further. He’s helpless in front of them. It’s a love and hate relationship as the three tread the dangerous distance of space between human and their tendencies, their peculiarities. The only woman he talks fondly (genuine fondness) for the entire length of movie is his mother and how he always carries a piece of her in his heart’s pocket.

Paul Thomas Anderson is a master of film-making. From Magnolia to Master, time and again he has presented such perspectives on human beings that it’s a marvel how he creates such magically realistic worlds. Herein, he has directed and written too, a classic tale of obsession. Picturesque and quaint are two words which acutely describe every shot, every frame in this beautiful film.

Daniel Day-Lewis has shaken grounds and won Oscars whenever he has come out from his self-imposed exiles (takes break between acting in films going up to 5 years). The man is electrifying in every film he has done. From My Left Foot, The Boxer, In the Name of the Father, Gangs of New York, Lincoln and There will be Blood, the perfection he achieves year after year, film after film is unshakable. The body of work says it all. The handsome face which carries both the grin of devil and the boyish charms makes you crave for more once the screen goes dark. The poster boy of method acting. Herein he crafts a subdued performance, underplaying intentionally and making the portrayal of a man-child artist richer and intriguing along with it, getting his 6th Oscar Nomination nod. The towering presence of Daniel Day-Lewis can overshadow any co-actors but the ladies hold their own. Both (Lesley Manville & Vicky Krieps) give deftly and complex performances with astute precision.

Paul Thomas Anderson and Daniel Day-Lewis have earlier collaborated on “There will be Blood” (one of my all-time favorite) and this is there second venture. Being Daniel Day-Lewis last performance on the big screen, it’s a perfect ode to him as an actor who has been obsessed with the art of acting, the fire which he has carried in his heart for last 47 years. In search of his art, his limitations, his mortality and in the end, life itself. The perfect fare thee well to the man who drinks anyone’s milkshakes at any given day.