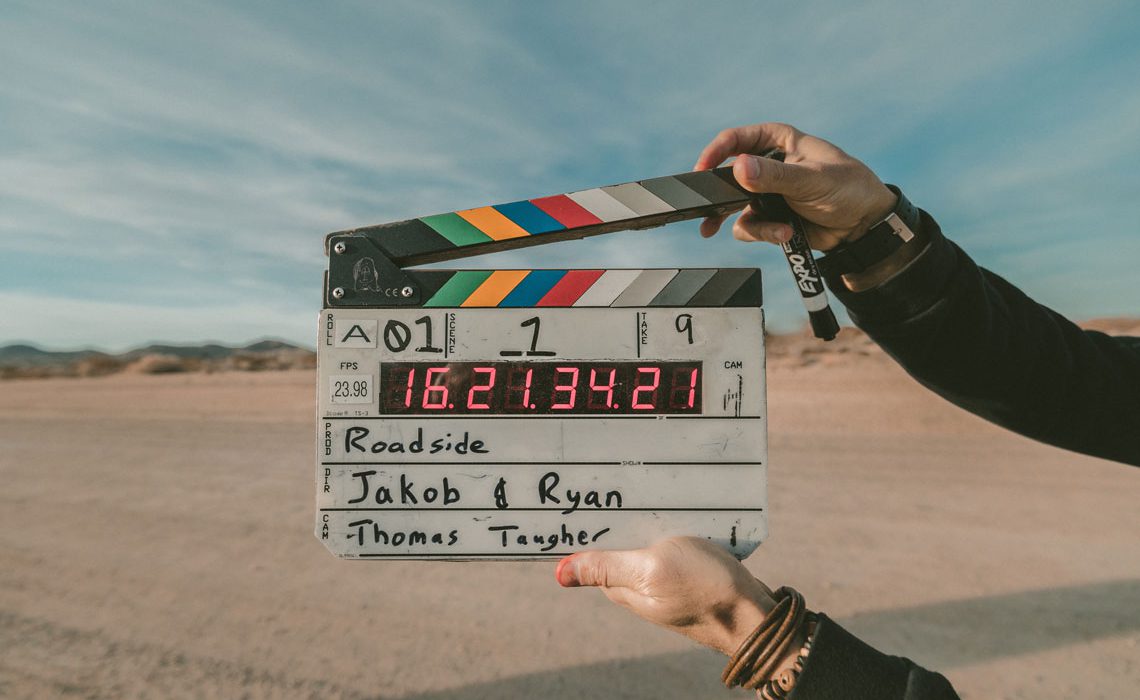 Let me dive straight to the point. Nothing is bolder or bloodier than Korean Cinema. The Cinema around the world looks candyfloss and gummy bears in comparison to its sheer virtuosity and the magnitude of execution. Dictionary should put Korean movies name when describing words like revenge, visceral, vengeance and violence.

Here’s a little snippet for your kind observation!

Let me describe you a scene from the movie “I Saw the Devil” (yup Bollywood copied it); Mid way in the movie an injured and beaten antagonist (stupendous Choi Min-sik) hitchhikes a ride. All seems normal at first; the driver is quite chirpy (as taxi drivers are) but we do see a scary looking guy eyeing him from the backseat. Scene by scene, seconds by seconds, we see tension sweeping in as we realize along with the antagonist that they’re serial killers; lusting for another kill! But they don’t know what they’re dealing with, do they? Antagonist breaks into a shrieking laugh, stating “Mister, the way I see it, I think you’re damn unlucky this evening”! A moment of brief stares follows, as if they’re measuring each other; prey to hunter, hunter to prey. What ensue is a segment of epic proportion; Multiple stabbings, back and forth, back and forth, the screen fills with splashes of blood thick as their wrath, from one cut to another the camera descends in maddening twirls of motion between action and the car spinning perennially out of control, along with it grabbing us viewers by the freaking throat and plunging in this beast called Korean Cinema!!

“Revenge is for the movies and not for the real life”

Sister of the brutally murdered victim screams at the protagonist.

You my sister have said the words of gospel, Amen to that!!

As this film makes a point to prove it to the tilt. From the start to the finish this movie never lets you off the hooks, ropes and screwdriver (comes with Korean Cinema package). The cat and mouse game-play at which it operates is nothing short of amazement. Who outplays who, becomes recipe at which this movie ascends. At a staggering 141 min there is never a dull moment. The imagination of director (Kim Jee-woon) in torturing, killing and suffering makes me wonder and worry about his childhood!! Simply put “I Saw a Devil” gives a poetic and shocking introduction to the cinema of Korea.

Following up this adventure I introduce another movie by Mr. Kim Jee-woon’s “A Bittersweet Life” which starts with the allegory which goes by;

A disciple asked his master, “Do the leaves flow or is it the wind?” His master replied, “No, it is the heart and the mind!

The words spoken and the pictures of moving trees, effervescently flowing, fills the screen giving a glimpse into the brief life of the protagonist (Masterclass Lee Byung-hun) which we bear to witness. He is a hit-man doing his civic duties of beating and keeping order. His life is simple. He lives alone. He comes to work wearing tuxedos. Enforces his skill set when and where required. His Boss is his guiding light. Then one fine day on his boss’s instruction he is told to follow a girl (his mistress) for three days. Now it’s predictable that which follows but the film uses this as a turning point and gives us a whole new dimension to love, redemption and of course REVENGE!!

You might had heard of the archaic millennial proverb that;

What lifts this entire premise is the undertone of this existential being who witnessed something which was pure and beautiful (in this case the young girl) and started to feel a sense of joy in discovering these feeling, as till now he had only known death and macabre but like leaves and winds drifting analogy, it was first time his heart and mind really saw the beauty in the world.

But sadly, all this was shortly lived as everything else is in this life (what a bummer)!

The end is symbolic; we get a nod to the Italian classic (La Dolce Vita), the employee and boss have their final standoff (worst day ever in office), followed by the falling leaves which brings back the memory of the first scene and as he lay in the pool of blood (his and others), he remembers the innocent girl playing the instrument, lost in her own world and how the hit-man smiled wholeheartedly and maybe for a moment in his entire lifetime; felt real joy, real love. Lastly, we see him dialing her number but too wounded to talk and as the handset falls off the hand into the deep void and the sweet voice is heard in the distant like shooting stars, we witness a demise of a man who for once listened to his heart and payed the price.

Special mention to the last scene; where we see him boxing in front of the mirror of the high-rise hotel building, announcing to himself and to the world, he has made it. Basking in his dexterity and embracing the moment as inertly real, oblivion to the vicissitudes of life, as it all comes down; instantaneously and swiftly and in the end, we along with the protagonist ask achingly, the same pertinent question; “how did it get to this point”?

Like 4 P’s of Marketing (which I don’t remember because I was tricked and put in SALES); We have 2 H’s of Korean Cinema: Humor (Dark) and Horror!!

Can humor be found in movies, when characters find out that one of their family member has died? Well, Korean Cinema at your service, please! In the brilliant movie, The Host (Bong Joon-ho) the same is witnessed as the family comes to know that the daughter was taken by a sea/ land monster which seems like a frog, fish and whale had a some-some (imagining huh! you dirty minds). The family kicks and screams in sheer pain of losing the child but for us, the viewers, it’s hilarious. Humor is in galore in this another “macaroni western Korean crossover” Mr. Kim Jee-woon’s “The Good, The Bad and The Weird”. On the sheer brilliance of Song Kang-Ho, playing effortlessly for the gallery (he plays “weird” wildly funny), as every scene he’s in is boasted with laugh-out-loud moments (from getting high and spilling all the beans, dodging bullets and bamboo sticks, saving granny, playing Bio-shock; quite literally, driving motorcycle endlessly in the desert), it’s a sheer pleasure to watch this guy along with the movie. Whatever may come, you’re rooting for him, start to finish.

The last part is dedicated to the suspense and horror fans. Firstly, the best ever whodunit, director Bong Joon-ho’s “Memories of Murder”. Operating on similar lines of Zodiac and Talvar (Yeah Bollywood Original), the execution is near pitch perfect. The story about unresolved murders in the circa of 1980s has both the actors and the viewers perplexed. Containing all the elements of Korean Cinema pedigree; overzealous cop, brooding cop, singing cop, dumb witnesses, rain, perverts, out loose psycho killer and ladies in RED! The dusty orange epilogue wheels us in, sprinkling us and keeping us in awe with Korean Cinema trademark chase, slapstick dark comedy, chases, chopsticks (RAMEN), thrills, twisted kills, nail in foot, flying kicks and the rusty yellow montage closes it off in style, in the same old rice paddy fields where it all began, decades ago. The tunnel shots in the near closing of the movie becomes a parable, a metaphor of how some questions will never see light of any answers but we have to keep on living with the horrors and plaques of this world.

“The Wailing” is the latest which I have seen and it literally blew my mind and splattered it on the freaking wall like an Andy Warhol painting. This movie is pure gold and I don’t say it mildly. The story tackles lot of POV’s and really puts the mettle of our minds to test. We come across four main characters “The Policeman”, “The Japanese Guy”, “The Shaman” (Avant grade Hwang Jung-min) and “Girl in White”. At 156 minutes of running time, the film is never (not even for a second) overbearing. The story moves along swiftly in the midst of a disease spreading across a small Korean village, making all effective with it some kind of bubble covered blood spilling zombies. All fingers points to the arrival of the Japanese guy, or does it? Soon it all becomes personal as the protagonist daughter starts to having the symptoms. Sucking us in from the start with the eerie atmosphere and perpetual raining, director Na Hong-jin is playing with our minds like a master puppeteer, always making us question our 1st guess, 2nd guesses and even our 3rd guesseses (just made up this word, wow creativity) too! Like a bait trapped in the cage we are at his mercy. Who’s the devil and who’s the angel? Who will escape damnation and find salvation? As the father rummages the length and breadth of earth, to find cure of the madness, we partake in the journey, helplessly and willingly. The crescendo reaches mid-way as shaman perform his “ritual”, his “exorcism” and swear on my boss, it will give you chills downright in your thyroid and AND the juxtapositions of the confrontations scenes in the end, PHEW! Someone pull the emergency brakes because this journey is bound for the stratosphere!! SEE this movie and you will understand what’s the power of Cinema and the Finesse, the Panache of Korean Cinema!!!!

Thirst: “Twilight” fans stay away, “Let the Right One” fans, kindly come in!

Handmaiden: Mandatory watch for all the frustrated Indian Males (case in point me too, wink wink!)

Train to Busan: Humans your time is done on planet korea #zombieapocalypse

Inside Men: Corruption, Power, Politics and No Humor (All bodily parts not intact)

Key Observation: The Korean screenwriters, I feel have some acute fixation in chopping/ severance of the hands, maybe they’re inspired by Sholay; ye haath mujhe dede Thakur (chalo, somewhere we are being an inspiration and amputated I mean emulated, HIP ASS HURRAY!)

Shhh Confession: I tried watching Kim Ki-duk’s Pieta (winner of Venice’s Golden Lion) but I couldn’t. Why?? It became too disturbing for my palate at the 30-minute mark. Venture in on your own risk, you’ve been warned!